SUBJECT: BRAZIL: FOREST CODE PROVOKES HEATED DEBATE BETWEEN ENVIRONMENTALISTS AND FARMERS REF: 2009 BRASILIA 123; 2009 BRASILIA 893 (U) THIS CABLE IS SENSITIVE BUT UNCLASSIFIED AND NOT FOR INTERNET DISTRIBUTION.

1. (SBU) SUMMARY. The Brazilian Forest Code's requirement that a rural landowner in the Amazon maintain 80 percent of the native forest as a legal reserve has produced a heated dispute between the agriculture and environmental communities. Environmentalists see it as a potentially powerful tool to prevent deforestation, and the agriculture sector views it as economically ruinous for millions of ranchers and farmers. As a practical matter, that legal reserve requirement has never been effectively implemented, and President Luiz Inacio Lula da Silva has decided, once again, to postpone implementation till June 2011 - after the upcoming national elections. While the debate continues over the Forest Code, the Government of Brazil's other policies have contributed to a sharp decline in the rate of Amazon deforestation from 21.5 thousand square kilometers in 2002 to 7.0 thousand last year. END SUMMARY

2. (SBU) The Brazilian Forest Code (Law 4,771 from Sept. 15, 1965) began its life as much a tool for sound soil and water resources management as to promote forest conservation. The law required maintenance of forests in strategic areas, such as along rivers, streams and lakes, on tops of hills and mountains, and on steep hillsides, to protect water quality and prevention erosion. At the time of its enactment in 1965, the Brazilian Government supported policies to clear the Amazon for agricultural production. The Constitution still includes a provision requiring a landowner to make productive use of the land, which is commonly read to mean that landowners must clear some forests for agriculture purposes or risk losing the land. The Forest Code initially required rural properties in the Amazon Region to maintain 50 percent of the native forest on the property. This area is called the "reserva legal" (or legal reserve). The legal reserve was 20 percent for rural areas in the savannah (or "Cerrado") region and also 20 percent for the rest of the country.

3. (SBU) In response to massive deforestation in the Amazon, then-President Fernando Henrique Cardoso sought to turn the Forest Code into a central tool to conserve the Amazon. In 1996 he issued a "Provisory Measure" to amend the Forest Code to raise the legal reserve requirement in the Amazon to 80 percent and in the Cerrado to 35 percent. Opposition from the powerful rural bloc in Congress, however, ensured that this measure was not brought up for a vote. Instead, the Presidency reissued the measure 67 times to keep it in effect, until 2001 when the rules governing Provisory Measures were changed. Today, although the Congress never voted on it, the 2001 Provisory Measure is generally viewed as having the effect of law.

4. (SBU) The Government of Brazil (GOB) has not pursued violators of the legal reserve requirement in the Amazon, whether using the 50 percent or the 80 percent standard. It looked as though this was about to change on December 11, 2009. That was the date when legislation on environmental crimes, including possible criminal sanctions and stiff fines for violating the Forest Code, was scheduled to enter into effect. Previously, the government lacked the authority to severely punish violators of the Forest Code's reserve requirement.

(REFTEL A) A REPRIEVE UNTIL AFTER THE NATIONAL ELECTIONS

5. (SBU) On December 10, 2009, President Luiz Inacio Lula da Silva signed Presidential Decree number 7029, which postponed the BRASILIA 00000156 002 OF 003 criminal and stiffer penalties for violations of the Forest Code. This new Decree creates the Program Mais Ambiente (or "More Environment") that provides a three year period for all land owners to register their lands with the competent government authority. In order to become legal, the landholder will need to register the size of the legal reserve with appropriate documentation and in case the reserve size is under the 80 percent, the landholder must enter an agreement with the government, committing to correct this problem. To calm the environmental sector, President Lula decided that there will be fines and criminal penalties for those landholders who do not register their holdings under the program and those who are not in compliance with the Forest Code's reserve requirements starting June 11, 2011, giving errant landholders at least an 18 months' reprieve.

6. (SBU) Agriculture Minister Reinhold Stephanes supported the decision by saying that if Presidente Lula hadn't set a new deadline over three million agricultural producers would have become criminals. Out of that total, one million farmers and ranchers would have likely been in a position to lose their land. Environment Minister Carlos Minc sought to make the best of the decision. He stated that "The [Mais Ambiente] Program will help those producers who want to protect the environment to make their property legal. The Program gives a hand to those who want to protect the environment, which is mandatory." COMMENT. It is no surprise that the government stepped away from turning millions of farmers and ranchers into criminals who could potential lose their land; especially in light of the upcoming October 2010 national elections. END COMMENT.

7. (SBU) The vocal environmental community had foreseen the GOB's lack of support for the Forest Code. Back in October 2009, a group made of fifteen important environmental non-governmental organizations (NGOs) wrote an open letter criticizing the GOB's efforts to make, what they considered one of Brazil's most important environmental legislation, less stringent. These NGOs contended that the Forest Code is not as draconian as painted by the rural lobby. The fines and penalties are supposed to be implemented in a flexible way. For example, sanctions for violations of the Code are to be imposed after a determination that a violation has taken place and the landholder has been officially notified. After notification, a landholder would normally have 180 days to solve any pending issues with the authorities. (NOTE: As a practical matter, identifying and notifying violators would be a slow process due to the size of the Amazon and the limited staff in the region, as well as the lack of information about particular landholdings. If the GOB becomes serious about penalizing the large number of landholders in violation of the Forest Code, the national government can expect stiff opposition and possibly even violent push back, like those that occurred in the municipality of Tailandia last year after government raids on illegal loggers or in Novo Progresso, where even Brazilian researchers viewed as "snooping" around were run off. END NOTE

8. (SBU) President Lula's postponement of the implementation of criminal penalties and fines for violation of the legal reserve only defers this controversial issue, but does not solve it. Currently, there are about thirty proposals in Congress to modify the Forest Code, most of which call for changing the legal reserve requirement. The National Agriculture Confederation (CNA) told Post that while they support efforts to reduce deforestation, they view the current 80 percent requirement as unworkable. There are a number of proposals to return the requirement to 50 percent, which would make it possible for large numbers of ranchers and farmers who couldn't economically sustain themselves at the 80 percent level to comply with the law. Environmental groups in Brazil are divided on this step too. Greenpeace calls reducing the requirement a sell-out, but Friends of the Earth consider it a pragmatic and constructive step. The head of the Special Commission in the Chamber of Deputies looking at amending the Forest Code, Aldo Rebelo (Communist Party-Sao Paulo), wants to bring the proposed amendments to a vote in April, including one heavily criticized by environmentalists that would allow each state BRASILIA 00000156 003 OF 003 to establish the applicable legal reserve. In a recent press interview, Rebelo complained that the GOB through the 2001 Provisory Measure the GOB had "altered the [1965 Forest Code] without listening to anyone."

9. (SBU) While the dispute over the 80 percent legal reserve requirement continues, a couple of practical solutions are coming into play. The Forest Code provides (Article 16) that an Economic-Ecological Zoning (ZEE) can reduce the legal reserve to 50 percent. The small western Amazonian state of Acre has a ZEE in place and is taking advantage of this option. Unfortunately, this is not a solution for the whole region because of the lack of ZEEs (it is an extremely complex and long study) and, as a political matter, the government doesn't want to use this exception to throw out the 80 percent requirement on a wholesale basis. Another possible solution is being pursued by The Nature Conservancy (TNC), which seeks to work with landowners to satisfy the 80 percent requirement by using compensatory land tracts. The concept is that the landholder instead of meeting the 80 percent requirement with its land would conserve the required amount of forests on other lands in the biome. This theoretically could work, but needs further development and approval by the government.

10. (SBU) While it remains an open question of when, if ever, and in what form the Forest Code will be enforced, Brazil is pursuing less controversial measures that may have a far greater impact on deforestation. These include establishing large protected areas and indigenous reserves, increasing law enforcement efforts against illegal land grabs, and cutting off financial credits for areas responsible for large amounts of deforestation. Moreover, the national and state governments have sought to clarify the murky question of land title in the Amazon. In a January 2010 presentation, the World Bank estimated that 85 percent of the land occupied by private interests (which is about 30 percent of the total) lacks documentation or are based on suspicious or fraudulent title documents. The government last year passed a law (REFTEL B) that creates a path for clear title for small parcels of land in the Amazon region. Further, by tying financial credits to a municipality's registration of land titles, the national government is giving an incentive for resolving the ownership question. For example, the municipality of Paragominas - previously one of the more prolific deforesters - should meet the registration requirement in a few months and its mayor has called for zero deforestation. Preliminary information suggests that when landholders obtain clear title they begin to behave more responsibly and reduce the rate of deforestation.

11. (SBU) COMMENT: The Forest Code's 80 percent legal reserve requirement in the Amazon Forest has generated much heated debate in Brazil since its proposal in 1996. Never having been implemented, it has served principally as a point of dispute between the agriculture and environmental communities, while others less controversial policies have been effective at reducing the deforestation rate in the Amazon. Since coming into office, the Lula Administration has overseen a decline in the rate of deforestation in the Amazon from 21.5 thousand square kilometers in 2002 to 7.0 thousand last year. If the deforestation rate continues to drop, then the environmentalist community may be willing to show more flexibility about a pragmatic compromise on the Forest Code when the issue comes up again in 2011. END COMMENT. SHANNON SHANNON 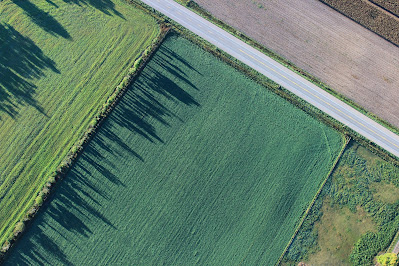 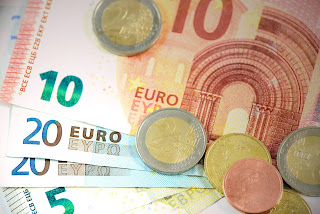