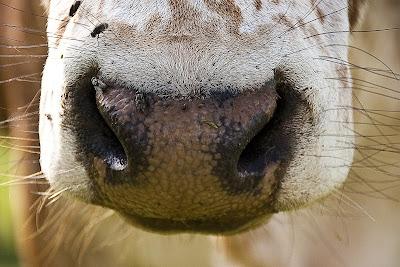 We have all read in the New York Times that the solution to Amazon fires and deforestation already exists. It was developed by researchers at the University of Wisconsin-Madison (UW) with the support of the National Wildlife Federation (NW).

Visipec, the join UW and NWF solution, is indeed a technological achievement, despite its limited reach (it only covers three states in Brazil: Mato Grosso, Rondônia and Pará). It’s a first of a kind. It builds upon a complex data gathering process, highly ellaborate data matching scripts and algorythms, and detailed knowledge of on-the-ground processes to show parts of the cattle supply chain that so far were only know to the animal sanitation authorities.

What NWF’s and UW’s product does not include is a proper risk assessment. Yes, the tool is built to mitigate deforestation and climate risks. Yet it fails 100% to even consider an enormous risk that can lead the population of the whole of Brazil into a truly catastrophic animal disease scenario.

Don’t take my word for how damaging animal disease can be. I am just a blogger. In this Science article [https://science.sciencemag.org/content/315/5810/333.full], two Kenyan scientists show just how essential animal sanitation control is to reduce vulnerability of the poorest parcels of society.

A 2016 PhD Dissertation from Purdue University on “The impact of the foot and mouth disease control pathway on milk production in India” found that this single viral disease causes a 17-30% reduction in income from milk producing animals in India.

Think about it: India has over 1 billion people of which an enormous share keeps cows for milk. Erradicating foot-and-mouth disease, as Brazil has done since 2006, could increase their milk output by about one forth. This is not peanuts.

Ok, but what does Visipec have to do with animal disease?

This is where NWF and UW failed to communicate with all relevant actors and stakeholders, including the British public who know very well what a foot-and-mouth disease outbreack looks like.

Visipec is based on data collected by the Brazilian government to avoid the spread of animal disease. The Brazilian authorities were never informed that their data were being collected to build Visipec. The Visipec creators operated under the radar. Why? Because they knew the Brazilian authorities would not have provided the data. One of the key people behind Visipec has explicitly admitted having collected the data in a hidden way for fear of being sued [http://www.codigoflorestal.com/2019/10/ambientalistas-temiam-processo-do.html]. Note: the Visipec data collection started long before Bolsonaro, so their fear had nothing to do with the current presidency.

In the United States, for example, the Animal Disease Traceability (ADT) data is not subject to the Freedom of Information Act and cannot be used for any purpose other than sanitation control (as I explained here [http://www.codigoflorestal.com/2019/10/por-que-ongs-americanas-querem.html]).

But please, don’t take my word for this. I am just a blogger. See what someone who worked for 17 years doing animal sanitation control in Brazil has to say about the risks that Visipec poses to animal sanitation: [http://www.codigoflorestal.com/2019/11/a-sanidade-animal-resistira.html]

While you are probably just now being exposed to all these information, the NWF and UW creators of the Visipec cattle traceability system were warned multiple times about the sanitation risk. They were told that Brazil happens to be moving into a system where the vaccination against foot-and-mouth disease - one of the most rapidly spreading animal diseases - is completely removed from the scene. And yet they never publicly gave any credibility to the risk that Visipec creates.

Think about it: Polio was erradicated from many countries a while ago. What would happen if the vaccine against Polio were elimated? Would you feel safer or less safe? In the absence of vaccination, would you risk having less then certain information about the movements of contaminated indivuduals within and across countries?

The Visipec creators were explained these risks multiple times. They considered these problems in private, but never took any action to let the relevant external actors know.

By putting the system in place and letting a number of companies use it, they are creating an enormous sanitation risk for Brazil. This is not what the public expects from an academic institution or from any responsible organization. We definitely expect more, and these organizations must deliver more responsible action.

Read more of this blog. I am explaining in detailed daily posts how the unofficial and unauthorized use of the Brazilian animal transit data increases the risk of a catastrophic animal disease spreading across the country. 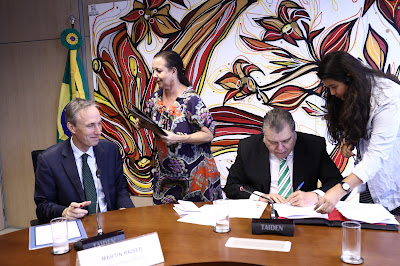 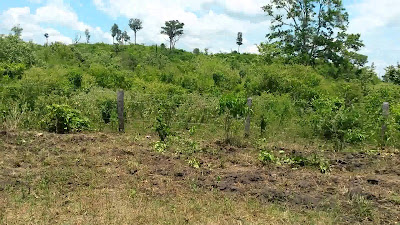 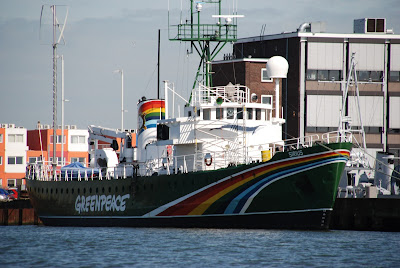