domingo, dezembro 04, 2011
The process of reforming the Brazilian Forest Code is coming to its final stretch as the Environmental Commission of the Brazilian Senate approved proposed changes in the current legislation. Over the next days, the project will be submitted to the Senate's plenary session to be voted on by all senators.

The change in legislation governing the use of land in the country is seen as essential if Brazil wants to preserve its position as one of the largest food exporters in the world and at the same time conserve 61% of its original forestland – 18% of which are in rural landholdings.

The Brazilian Confederation of Agriculture and Livestock (CNA), which represents Brazilian farmers, has estimated that if the laws are not altered then Brazil could lose one fifth of all the land it currently uses for agriculture and livestock.

"This would result in more expensive food and higher inflation as well as a fall in jobs, in exports and in Brazil's GDP. These are dramatic consequences in a world of 7 billion people which is suffering from an economic crisis and high food prices – a world that needs the good and cheap food produced in Brazil," says the president of the CNA, senator Katia Abreu.

On Wednesday, the Environmental Commission of the Brazilian Senate approved the new text for the Forest Code – the last step before it is submitted to the vote in the Senate's plenary session. The CNA believes that the final text is not ideal but it was the best possible compromise after much debate within a democratic process. It is nevertheless a step forward, as it takes into account the need to regularize food production without giving way to more deforestation.

The new proposal aims to substitute legislation dating from 1965, which has been amended numerous times by successive governments and which has become very difficult to interpret and apply. According to the CNA, because of these amendments nearly 90% of Brazilian farmers find themselves in an illegal situation, as they have been penalized for acts carried out before any changes in the law. Today, these farmers are unable to get financing to initiate, maintain or increase food production.

The new Forest Code aims to legalize the situation of rural farmers, without, however, issuing an amnesty for farmers who deforested illegally before July 2008. The new law will commit landowners into bringing their farms in line with environmental legislation. Once they have done this, their penalties will be annulled and instead they will have to carry out services for the protection of the environment.

The proposed bill which will be voted on by the Senate also aims to consolidate the land given up to agriculture and livestock, without increasing deforestation. The decree for a Legal Reserve remains unchanged. This decree states that a farmer must preserve the native forests in 80% of their land, if the land falls within the Amazon biome, or from 20% to 35% if the land is in other regions of Brazil.

The text, which was approved by the House of Representatives last May, also envisages the preservation of vegetation that grows on slopes, hills and riverbanks, known as Areas of Permanent Preservation (APPs).

Today only 27.7% of Brazilian land is used for agriculture and livestock, while 11% of the national territory is native vegetation preserved by farmers inside their own landholdings. Brazil is and will remain being one of the countries with the strictest forestry laws in the world.

"The environment is essential for agriculture. We are more dependent on nature than any other economic activity and we want our forests to be left standing," says Senator Katia Abreu.

The agricultural and livestock industry represents 22.4% of Brazil's GDP and it employs one third of the country's workforce, producing food, biofuels and fibers.

According the World Trade Organization (WTO), Brazil is today the third largest exporter of agricultural products in the world, behind only the United States and the European Union. It is the leading exporter of beef, poultry, sugar, coffee and orange juice. For both the Food and Agriculture Organization (FAO) and the Organization for Economic Co-operation and Development (OECD) Brazil will be the country to experience the biggest growth in this sector up to 2019.

For further information on the new Brazilian Forestry Code, please follow the link below.
http://www.canaldoprodutor.com.br/forestcode

Notes for the editor:

- According to the Brazilian Institute of Geography and Statistics (IBGE), only 20.3% of the Amazonian biome is made up of private areas in which the cultivation of food crops and livestock is permitted. The other 79.7% – around 334 million hectares of rainforest – remain the property of the Brazilian State and are preserved. And of the area in which cultivation is allowed, a big part has to be preserved as Legal Reserve and/or APPs.

- Over the last three decades, the production of grains in Brazil has more than tripled, whilst the farmed area has grown by only 32.4% - an increase in productivity of 151%

- The project for the new Brazilian Forest Code has been in analysis and revision since 2009 by a special committee of the Chamber of Deputies and, after 33 public audiences in Brasilia and in 16 of the country's States, with input from ministers, members of the Judiciary Power and Public Ministry, analysts and researchers specializing in agriculture and the environment, farmers, environmentalists and jurists.

The CNA - Confederacao da Agricultura e Pecuaria do Brasil [Brazilian Confederation of Agriculture and Livestock] - comprises the rural union system, together with 27 state federations and 2,142 unions operating in the country's municipalities. Headquartered in Brasilia, Brazil's capital, it forms the national forums for discussions on Brazilian agricultural and livestock activities, ceaselessly acting to defend the socio-economic rights and interests of those who live and work in the countryside.

Katia Abreu, CNA President since 2008, is a cattle breeder and a forester, and senator of the state of Tocantins. She has also held the presidency of the Tocantins State Federation of Agriculture and Livestock for four consecutive mandates, from 1995 to 2005. 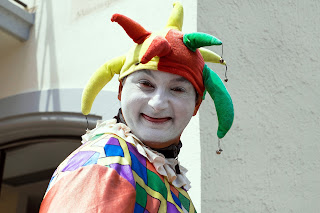 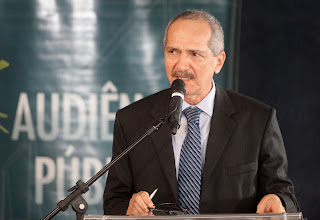